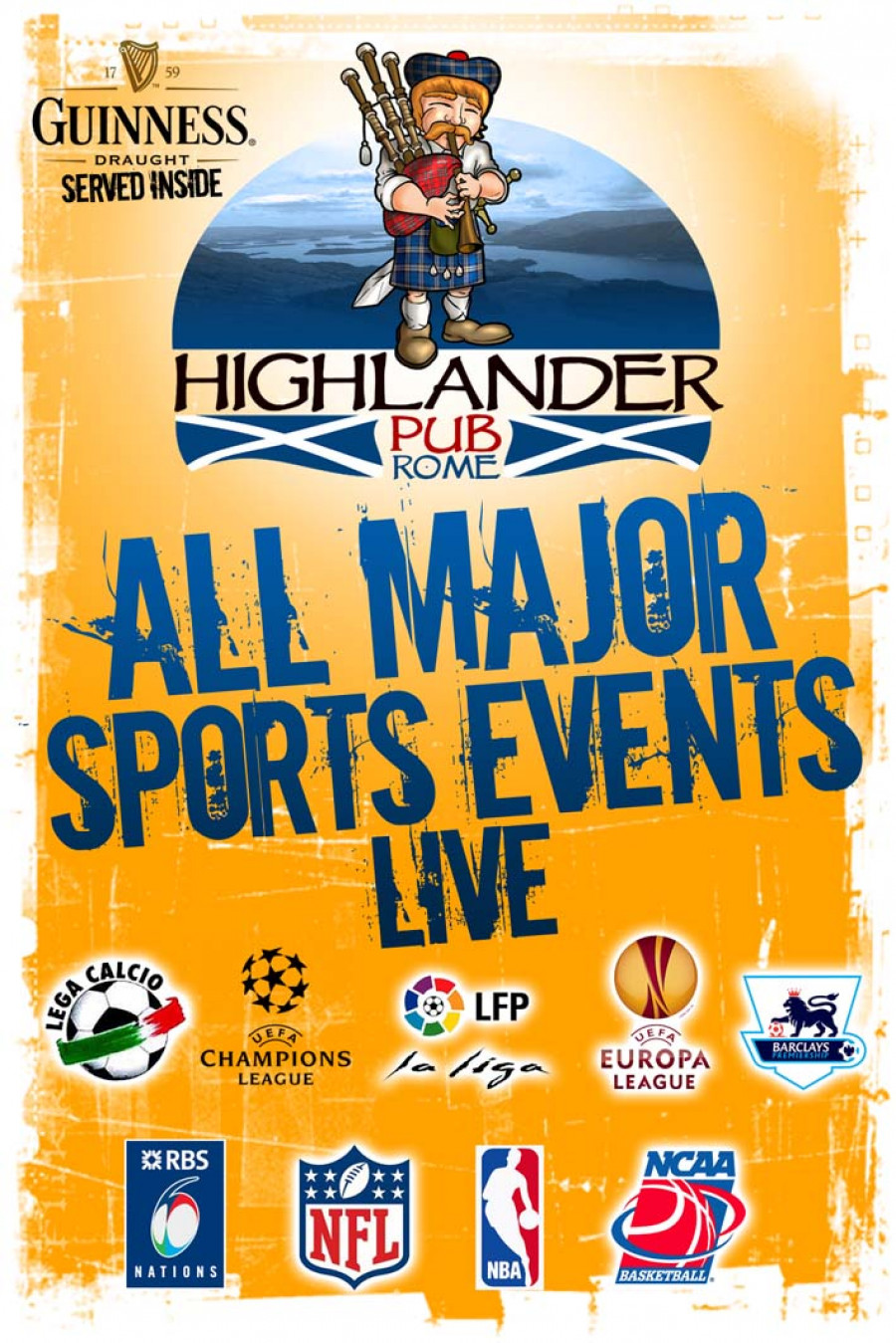 Highlander Pub is one of the few pubs in Rome that is fully dedicated to sports. We show any imaginable sports event that is on your mind but we definitely put an accent on football! The English Premier League is fully featured together with the most important games from the Italian Serie A, The Spanish Primera Division, The German Bundesliga as well as the matches from The Champions League and The Europa League, American Football (NFL and College Football), hockey (NHL), Formula 1 and AFL (upon request) are also part of our sports schedule! We have 4 rooms entirely equipped with HD screens and you can come and support your favourite team with commentary in the original language! The fans of soccer can also enjoy the games from other European and South American Championships but those usually come upon request! Rugby, basketball (NCAA College and NBA as well as Euroleague), tennis (The Grand Slam Tournaments), and golf ( The Masters and Ryder's Cup).

* upon request - the games that are marked "upon request" need to be requested at least a couple of hours before the start of those. Once you request them you need to be at The Highlander at least 30 minutes before kick-off time (or, for the late games 30 min before our closing time)! We cannot guarantee their broadcasting on our screens if you arrive at The Highlander at the last minute before their start or even worse - when they have already started

** already requested - the games that have been "already requested" might not be necessarily televised if the people who have requested them fail to arrive 30 min prior to the start of those games (or, for the late games 30 minutes before our closing time which is usually at 2am). Generally, those games coincide with many other venues and sometimes other guests end up requesting additional events in the last minute. Certainly, we accommodate them in case the customers who have made the original requests do not show up.